EVERLAM™ SUPER TOUGH is certified in Belgium, Italy and Spain

EVERLAM is pleased to announce that in May 2020, EVERLAM™ SUPER TOUGH passed qualification for use in balustrades and balconies in Belgium, Italy and Spain: 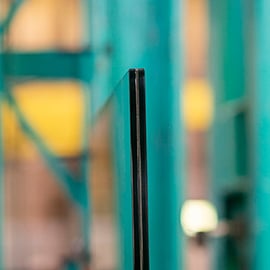 EVERLAM™ SUPER TOUGH is a PVB interlayer which is intended for applications where higher Young modulus is requested so that laminated safety glass can remain in place for a longer time after breakage, enhancing the protection of people and objects.

Marc Slock, Technology & Business Development Director at EVERLAM, commented: “These new certifications confirm once again the growing market interest for EVERLAM™ SUPER TOUGH’s performance as a high modulus PVB interlayer for laminated safety glass. We are pleased to see a fast-growing level of interest for the product in applications that include not only balustrades and balconies but also canopies, curtain walls and facades as well as sloped glazing. We look forward to further expand the market segment of laminated glass for structural applications.”

For further details, our customers should contact their local EVERLAM technical service representative.